I then swapped the walk cycle Autiton for the stand-in as the reference object for the particle emitter’s DP_Instancer generator. This created six rows of 25 Autitons all walking away from the center for 150 Autitons per Instance Generator hex cluster. If you look at the next video closely (in full screen mode), you can see the particles moving along the ground below each walking Autiton instance.

Once that was working I set the particle emitter as the reference for the full 3D lattice cube with 10,000 instances of the whole hex cluster, creating 1.5 million marching Autiton instances. 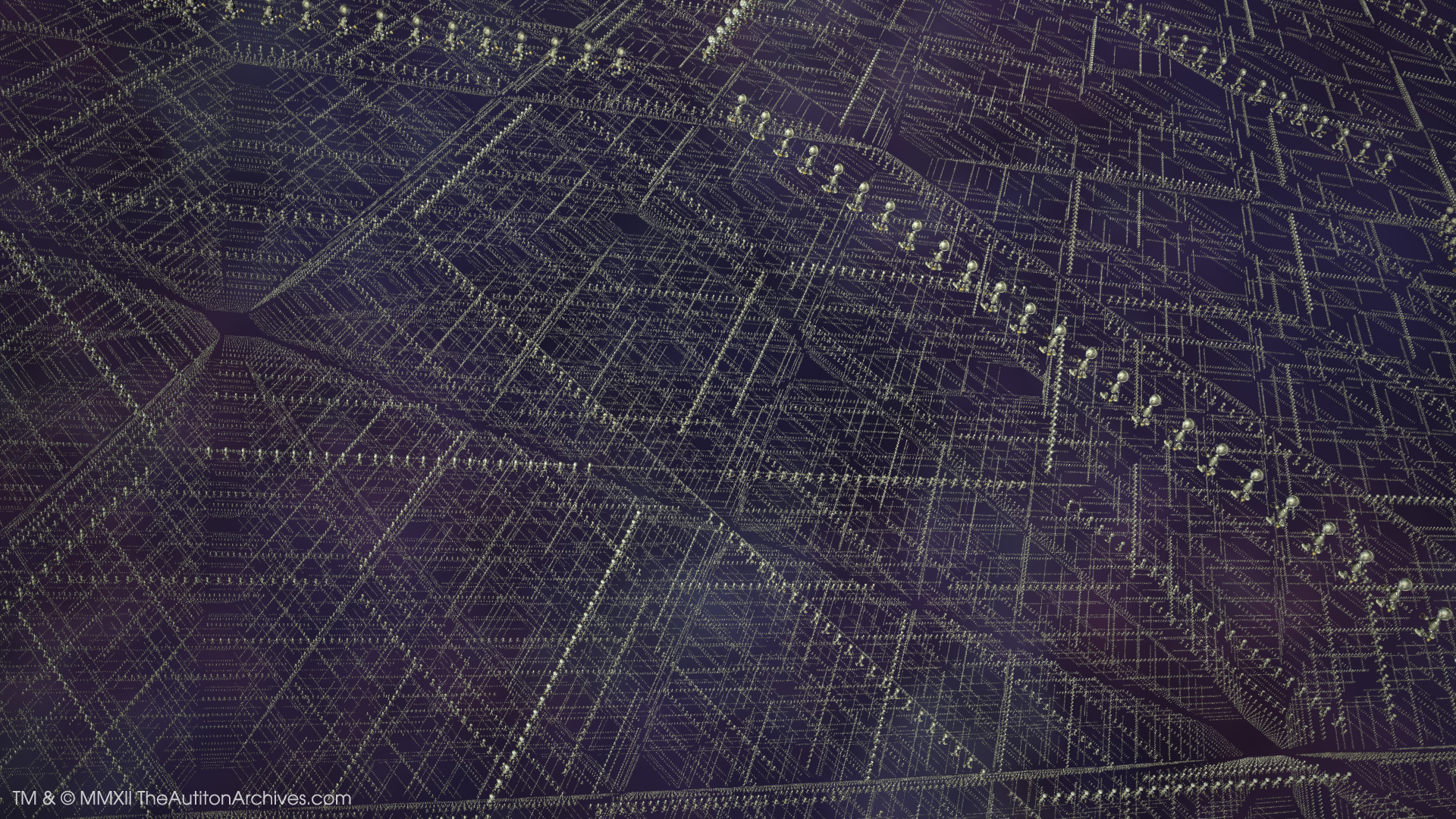 This did bog LightWave down a bit because updating the instances in the viewports is single threaded so even though I had a 12-core Mac Pro, it was only using one core. Therefore the next step is to optimize and simplify the Autiton model that’s used for all these instances in this opening shot. I won’t need nearly as much detail in the Autitons in this opening shot because they will be inside the corridors, we won’t be getting too close and the camera will be zooming through the lattice.