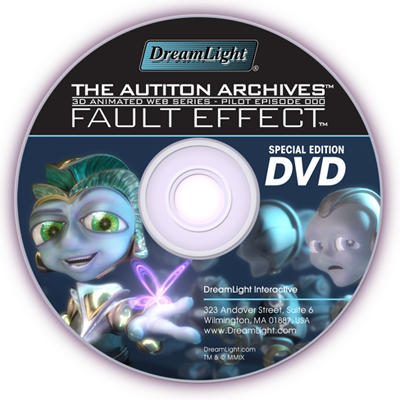 A more advanced director’s cut version of The Autiton Archives pilot webisode Fault Effect, including more refined animation and special effect sequences, is currently in production for both standard widescreen DVD and HD formats. As soon as it is finished it will be released on the Director’s Cut Special Edition DVD along with additional behind-the-scenes content.

Thank you for your continuing support!